The station currently known as WXLO 104.5 FM is a Hot AC station which targets the greater metro area of Worcester, Mass, and to a lesser extent, the northern Worcester County communities of Fitchburg and Leominster. Its current signal is enormous, heard just outside of Boston, north into central New Hampshire and west as far as the Quabbin Reservoir. But, prior to 1984, both the station and its signal footprint were much smaller.

From January, 1979 until April or May of 1984, the station then known as WFMP had its transmitter atop a hill in Fitchburg, Mass. The signal was beamed there via STL link from the studios located at 170 Prichard St., a road just behind the downtown business district in Fitchburg and as I remember it, right next to Fitchburg High School. The studio was housed in a run down, what looked to me to be an old apartment building converted into radio studios. The offices were on the 1st floor, and the main studios were on the 2nd. The main station in the building was actually the AM – 960 WFGL. The AM studios were in the front of the building, and contained two turntable, an old Gates rotary pot board (our Contributor might actually describe it better), cart machines and a Reel-to-Reel player. Next to the AM studio, in a room literally no larger than a broom closet, housed the WFMP Main Studio. There was one turntable, a three-bay instacart player and one Gates LPB Signature rotary-pot board.

All the music played on M-104 came from an automation system which consisted of five Reel-to-Reel decks installed in a rack containing two cart carousels (I have long since forgotten exactly how many cart slots there were in each) and a multi-bay insta-cart machine capable of holding something like 25 carts… maybe more. And the brains of it all, the ancient forerunner of today’s pc/software based audio systems, was this simple Harris computer which logged everything played on a teletype machine. Sub-audible tones triggered the next event – as long as “Otto” could hear them.

The format on this station was Drake/Chenault’s “Contempo 400” AC format. In fact, the station ‘voice’ on all the liners was indeed that of Bill Drake. Of the five reel decks, one was for currents, one for recurrents and two for gold. The fifth deck if I recall correctly was a spare, or perhaps it was deep gold. I honestly don’t remember, and I think it was removed at some point during my tenure at the station. That is, before the whole system caught fire one day in early 1984, forcing us to improvise and play music from the AM station with one turntable in the main broomcloset studio, along with the current reel from automation and some music we carted up as an emergency.

Then, a couple of months after the fire, at one of our staff meetings, we voted on five sets of call letters, deciding to go with WXLO in honor of the great ’99X’ New York, which had abandoned those calls in favor of WRKS. I left the station shortly thereafter for WHAI AM/FM Greenfield, Mass., before the station adopted the new calls and moved to brand new digs at what was then the Worcester Center Galleria Mall.

Why spend so much time describing a two minute audio soundbyte of jingles? Because I was there and remember. More importantly, some visitors to this site might remember the four year period between the Country format of WFMP which served mainly Fitchburg and Leominster Massachusetts, and what grew into a monster, Metro-West regional Hot Ac station that remains to this day, 104.5 FM WXLO.

Our Contributor actually sent an mp3 copy of the master reels for two series’ of jingles done in 1979 (anybody’s guess as to the jingle company who recorded them) and the master liner reel. What you will hear is a representation of the most-played jingles as I remember on M-104, but not the complete reels, as that would get quite boring with so many similar cuts. Dave Bickford also sent in a copy of the WFGL jingles, which are not included on this recording.

…since there is no existing logo for WFMP, this will have to do. 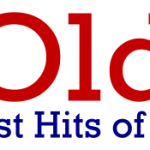