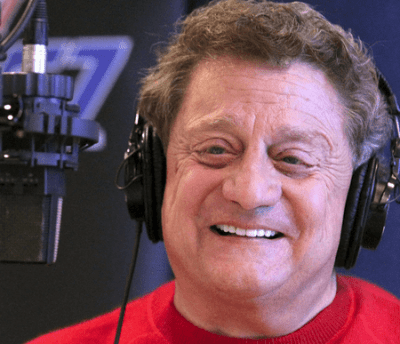 The first minute and a half is a bit of John Lanigan, the rest is Fig Newton, the news and traffic people and a few bits of commercials. Its worth noting that Lanagan was inducted into the National Hall of Fame several years ago and did his final show on WTAM 1100 on August 8, 2018, saying he wasn’t having fun anymore. There’s a bit of irony in that statement, considering how much fun radio WAS when he took over for Imus in the Morning way back in 1971.

Flashback: Summer of 1978. It’s quite steamy this day, during the heyday of the original “Star Wars”. Disco was all over the place. WGAR sounded larger than life! After all, WGAR was the flagship station for Nationwide Communications!

A word about quality. This one suffers from having been recorded with the volume up too high. There’s lots of distortion. Hence, why its waited some 10 years since I received it to put this up. But I figure, today, it’s better to listen to a scratchy AM recording than never hear this.

After John Lanigan, here’s another recording of Fig Newton on WGAR. If they hadn’t said their names, it would be hard to tell the difference between the two jocks! WGAR’s engineers had the station pumped up and aside from the noise in this recording, WGAR sounded fantastic.

Six minutes, Ninteen seconds of distorted radio joy. With a dash of jingles added in. Enjoy!