What the hell. Here’s another hit.

The first of the Robyn Watts collection that we ever posted gets a facelift. From the very beginnings (we’re talking year number ONE for this website), here’s a three-station donation of Philadelphia classics!

1. 102.1 WIOQ – Affectionally known as Q-102, this goes by so fast we didn’t even catch the girl DJ’s name! Recognize that imaging voice? It sure SOUNDS like a young Scott Shannon… at least so young his voice doesn’t resemble Don Imus’s 95 year old ‘eh sonny…
‘ tone today. Q-102. Philadelphia’s landmark heritage CHR station which remains in the market today!

2. 106.1 WEGX “Eagle 106” – They tried to be CHR. And HotAC. And Classic Hits before Classic Hits was a thing. All at the same time, mind you. But an uptempo, personality CHR that still throws in Nick Gilder’s “Hot Child In The City” can’t be all THAT bad? Could it? Well, no. Not with names like Cadillac Jack & Spyder Harrison (Sirius/XM) behind the mic. But note: In 1993, the station went Jazz as WJJZ, and to what format I haven’t a clue as WISX in 2006. Just goes to show that sometimes despite their best efforts, the best go down in flames.

3. 94.1 WYSP. Howard Stern and Robin Quivers (corrected) banter. (Robin Quivers, as in the former 66 WNBC News Anchor) Well, who knows what the topic of the day was, because often with Stern, you had to listen for an hour of rambling to figure out the topic. Or maybe there was no topic at all, which seemed to fit Stern’s show. There’s really not much of this. And frankly, no point in it, either. After WNBC Stern took a decade to re-build himself but his audience was fiercely loyal. And, consider this was 1991, before syndication. And, consider that I’ve written far too many words to describe five minutes of talk about nothing. (the Gibbons error was an auto-spellcheck issue that I overlooked)

Overall, if you’re a fan of early 90s CHR (which means you’re probably older than 30), this will definitely be the one to listen to! 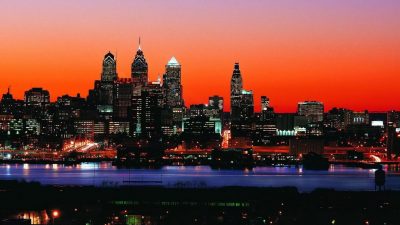