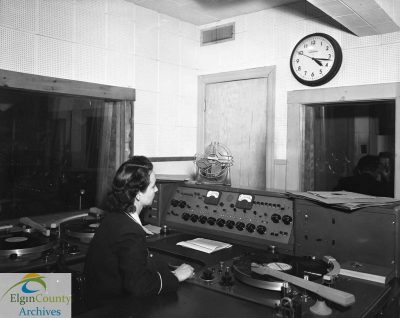 Hope you had a good St. Patrick’s Day Weekend; they didn’t have the same weather we had in Ireland…

From the History of Canadian Broadcasting website: “CHLO officially signed on the air May 14 (1948)” “Its 1,000 watts on 680 kHz would include in its intense-signal area, the prosperous counties of Elgin, Norfolk, Oxford, Middlesex, Perth, Huron, Lambton, Kent and Essex.”

The recording was delivered to us on cassette tape from Matt Seinberg’s Big Apple Airchecks aircheck trader’s website. It was included in a greater, 1 hour, 30 minute combined recording of front and back and did not include the date, outside of a generic label for the whole tape of “Asst California and Canada 1977-1979”. I determined the date based upon the previous day’s St. Patrick’s Day celebration announcements.

Aircheck identification is seldom as difficult these days as this one, as most of the time, our aircheck donations are delivered from the jock featured on the recording himself (or herself). This aircheck represents a bit of housekeeping on my end, as there are literally hundreds of tapes lying around which one or two airchecks were posted from it and others ignored for whatever reason at the time.

Format: This sounds to be a full service Adult Contemporary station. The jock is informative, yet not a screamer by any stretch. The music seems to be very gold based, and is loaded with CanCon titles.

In 1994, CHLO moved to 103.1 FM and changed call letters to CFHK to reflect it’s branding: “Fresh Radio”. The station is owned by Corus Radio Company.