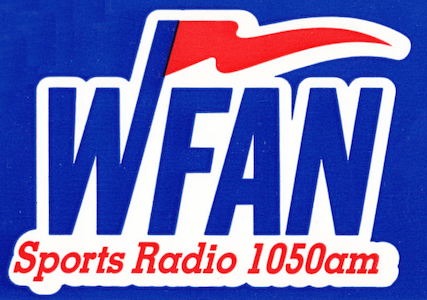 On July 1, 1987, America’s first all-sports station was born as Emmis Broadcasting launched 1050 WFAN in the nation’s No. 1 market. At the same time, a New York radio legend ended as 1050 WHN went off the air.

In 1986 Emmis Communications bought WHN. Emmis started making changes by adding sports talk in the evenings. In late April 1987, Emmis announced that WHN would drop country on July 1 for an all-sports format, the first of its kind on radio in the country. The WHN calls would be dropped, and the station would become 1050 WFAN The Fan. New York would not go without country music, because NBC announced that Adult Contemporary 97 WYNY would go country.

With the 3pm launch, Suzyn Waldman would be the first voice heard on WFAN with a sports update. Some of the voice heard on the new Sports Radio 1050 WFAN included Greg Gumbel, Ed Coleman, Jim Lampley,  Bill Mazer & Pete Franklin. The New WFAN would only be on the 1050 frequency for about a year & a half before Emmis would buy 66 WNBC from NBC and move WFAN to that frequency. -Ellis