Courtesy of Karl Phillips, who sent in a ton of airchecks on reel, here’s one on cassette captured when former Atlanta CHR WAPW “Power 99” flipped to New Rock as 99X. On the tape you’ll hear the old call letters still in use (not WNNX, as this would become), buried in a legal ID buried in a stopset later in this aircheck. The 99X monikker launches just a few minutes into this scoped format change.

Now, your curator has heard a ton of format changes, but this was very classy. They originally kept the CHR jocks during the transition to Rock. Only the name and the music changed. Of course, 99X became somewhat of a legend in Atlanta radio over the years. 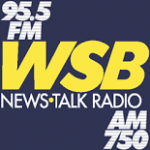