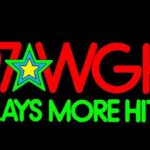 MJ be a jammin’, YES

Listeners to today’s “Todd Schnitt Show” might be somewhat shocked to learn that this M.J. Kelli, is, in fact, the same person!

At this point in time, WGH-FM had transitioned from AC WRSR to CHR within the previous year, and while the station sported high energy most of the day outside of morning drive, Kelli makes this simply the hottest CHR I’ve ever heard. This even tops anything I remember hearing on this site or elsewhere of Z-100 New York!

Notice Kelli’s use of jingles and talkups into jingles, sped-up effects, phone calls, drop ins… pretty much everything in a classic Top 40 jock’s bag of tricks is heard here, as the aircheck begins a few songs before 9pm, and the callers voting for their favorite song. Then, the Top 9 at 9 Countdown, in its entirety! Take particular note of Kelli’s talkup to Great White’s “Save Your Love” – simply INCREDIBLE!, although hearing that song reminds us of the horrible tragedy that Great White was involved in, when their pyrotechnics started a horrible fire at a venue called “The Station Nightclub” in which several people, including some band members, were killed sometime after this song was popular.

WGH-FM would not continue as CHR for too many years after this, as the station flipped to Country as Eagle 97 sometime in the 1990s. It has been Country ever since, so successful, in fact, the original Country leader in that market, WCMS 100.5 FM flipped to Rock, and eventually to Urban several years ago, having never regained the audience it lost to WGH. See WVHT. WCMS (AM) 1050 was the ORIGINAL station and simulcasted Country with the FM side in 1988. It dropped the call letters a long time ago. M.J. Kelli would go on to do the MJ Morning Show, syndicated out of WFLZ Tampa, then transition to Talk Radio using his real name. Fans can listen to The Todd Schnitt Show on 970 WFLA Tampa/

Recorded off a then-3 year old massive GE Boombox (which recorded FM radio better than any device I’ve ever owned since), here’s a prized slice of history. Enjoy! 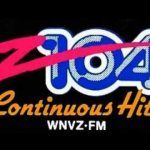 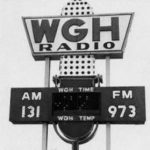