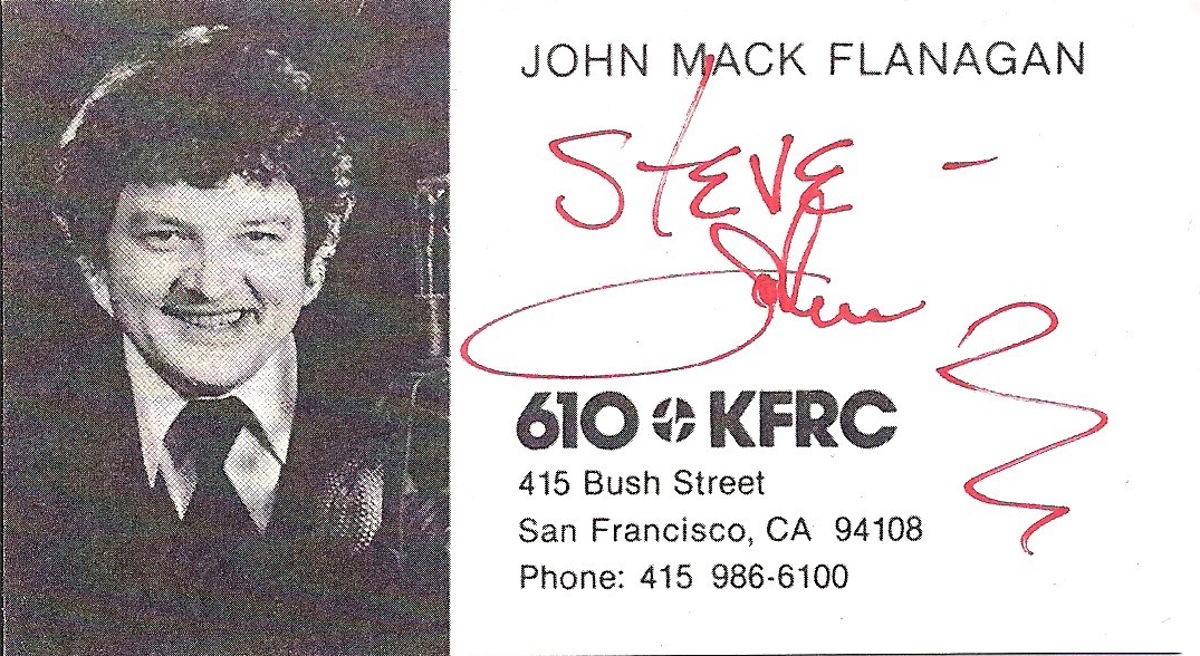 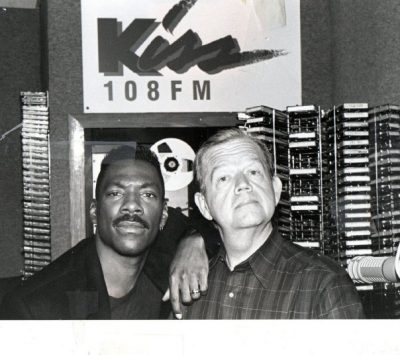 This is our own custom scope from a recording provided by Matt @ BigAppleAirchecks. The whole thing runs just over four minutes out of 20 before I took out the music.

Dale Dorman went from KFRC to Boston’s WRKO where he’d do wakeups. He’d also hold down mornings at WVBF Framingham for a while during their “F-105″ Top 40 era, then on to truly legendary status at WXKS-FM Medford. His PM drive run at Kiss 108 would span nearly 20 years. Dorman’s last full time gig was at Boston’s WODS. That ended a few years ago. Dale Dorman passed away on October 21, 2014 in Boston, after a very long career that included being inducted into the Rock and Roll Hall of Fame.  He is much loved and remembered by listeners on both coasts.

We don’t have much information on Steve Lundy, other than he was at KFRC back in the beginning – one of the original “610 Men“. I’m sure our listeners have plenty of information available on both these great personalities.

If everyone gave $10, we could fund this online museum for a year! Won’t you please consider a donation to help defray our operational costs? Thank you in advance for your generocity.