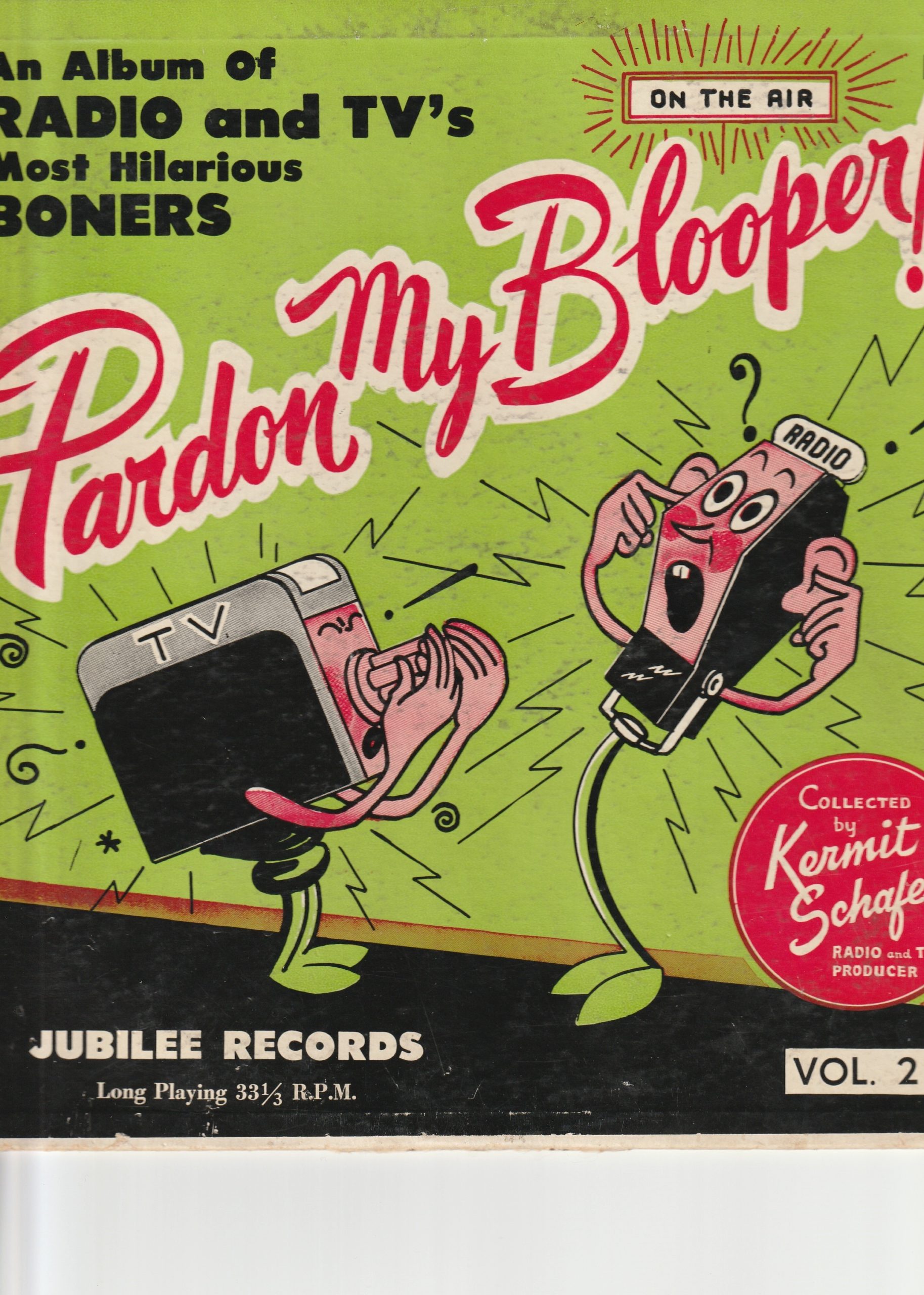 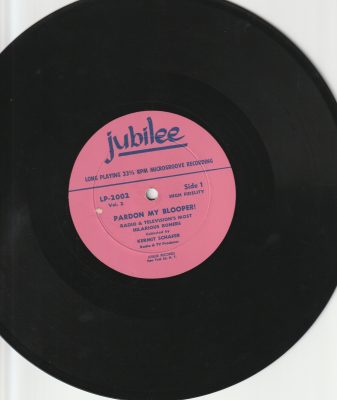 Now, for something completely different. I’m sure that when this was released, during the prim and proper years when modesty was still in fashion, this probably invoked hysterical laughter. By today’s standards (even among today’s young broadcasters), this is rather tame. However, there are some gaffes that are so funny you WILL laugh, thinking these things actually made it to the air!

This is an album, narrated by Kermit Schafer, and released on Jay-Gee Records on the “Jubilee” label in 1954. The catalog number (at least what’s printed on the LP cover) is LP-2002 Vol 2. I purchased this, ironically, at a Goodwill store for $1. According to Discogs.com, the album is worth $3.
We don’t necessarily post vynl recordings on this site, but there’s no music. Just Kermit Schafer, two dozen recorded bloopers from radio and television studios (some over the air) and a bit of old turntable noise. This IS an old record, after all! Both sides have been seamlessly merged together for this one bloopers aircheck.


You can read more about Kermit Schafer on Wikipedia via this link.
Read the description written on the back of the LP cover as scanned below the ads. 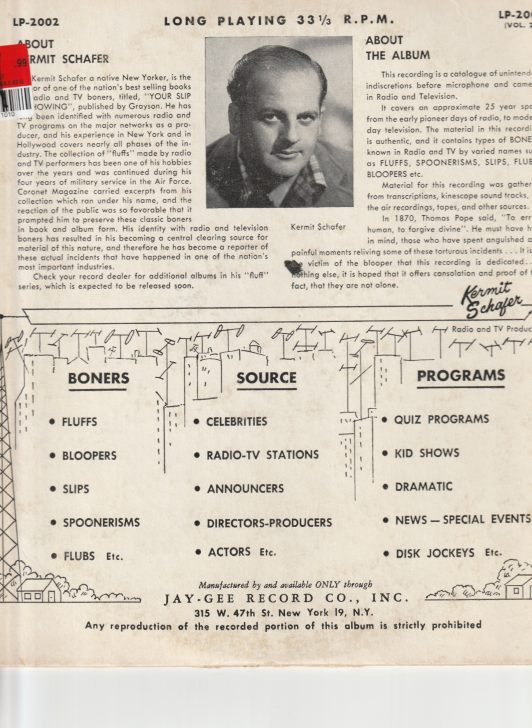