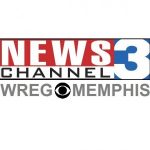 Here’s a unique aircheck which records for historical purposes, a day of violent weather.  It’s important as an educational tool for both those interested in the study of meteorology, and weather during what’s sometimes referred to as the “southern” tornado season, which runs roughly from March 15 to May 15, affecting the Southeastern U.S.  Memphis, Tennessee is considered the Mid South, while Nashville and other points due south and east are considered Southeastern U.S.

May 1, 2010 may well be remembered as a day of natural disasters over a wide area of the Southern United States. Not only was there a tornado outbreak in the lower Mississippi Valley/Tennessee River Valley with incredible flooding from up to 18 inches of rain in ONE DAY, but in the wee hours of the morning, A dense oil slick originating from a broken oil pipe deep in the waters of the Gulf of Mexico washed ashore in Louisiana and Mississippi.

Your webmaster captured the audio from two Memphis Television stations, figuring this might have some historical value. No, it’s not a classic aircheck (although someday it might be). But it is of importance for people who might want to know.