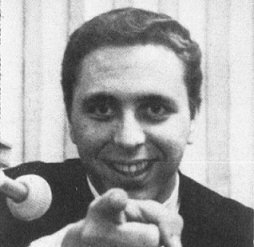 Bob “Bobaloo” Lewis was best known as one of the “All Americans” on 77 WABC (AM). Lesser known was the fact that he was also heard on the FM side. WABC-FM 95 1/2 was a Progressive Rock station. The format was called “Love”. It featured tons of album cuts from all the heavys of the time, Hendrix, the Doors, the Who, and many more similar artists which would become the staples of AOR and later, Classic Rock stations.

In 1970, this format sported jingles and full newscasts on the hour and half hour from the ABC FM Network. It’s obvious that ABC corporate was building for the future and knew even in 1970 that the future was with FM. This aircheck proves it.

What you hear on this aircheck is a radio station that was WAY ahead of its time. When 95.5 changed call letters to WPLJ, the Album Rock format continued to evolve, minus the jingles and ABC FM News until it changed to CHR in the early 1980s. This is a true rarity. It’s an original recording from longtime Contributor Steven Green, encoded from the original source reel.