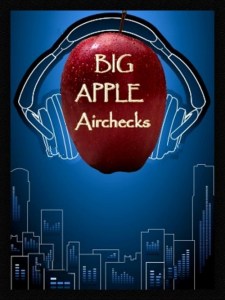 Back in ’78, Charlie Fox was heard on the legendary 64 KFI. And, for a guy who isn’t exactly considered a legend himself, unlike his contemporaries, he sounds pretty darn good here.

KFI is TIGHT! Nothing sloppy about this presentation! KFI in the 70s was essentially put together by PD John Rook – a legend himself in the world of programmers! This was at the time that KHJ was taking a major nosedive after essentially wiping out personality – and the competition clobbered them for it. The other player in L.A.’s three-way Top 40 race would be out of it two years after this ‘check – KTNQ. Ten-Q was so well programmed, it made the competition so tight, KFI just HAD to be great!

Notice how, while this is Christmas day, KFI isn’t playing all Christmas music? You get TWO holiday songs, and BOTH are by The Eagles! Everything else is 1978 Top 40 hits – the way it should be!

Once again, a big thanks to Matt from Big Apple Airchecks, whose many contributions helped launch this website in a BIG way back in 2002.