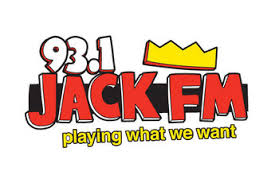 We know it’s a Friday morning, as Charlie Tuna says, “Have a Good Weekend”, and this is Los Angeles. One of the greatest attempts to topple crosstown KRTH “K-Earth 101 is heard here, with one of KHJ’s legendary jocks holding down morning drive!

Contributor Steven Green was willing to share this golden gem from the 1990s, when Oldies meant playing the Rockabilly 1950s music in hot rotation with the Beatles and all those 60’s classics!

Now, for those of you who don’t know what this station is or where it came from, this is the old HitRadio 93 KKHR from the MID 1980s, and the very old but much loved Soft Rock KNX-FM. You COULD consider this Los Angeles’ mirror of Boston’s 103.3, which also went through the same progression of formats, (Soft Rock 103 WEEI-FM, HitRadio 103 WHTT and then Oldies 103 WODS) almost simultaneously.

The station flipped to Variety Hits “Jack-FM” around the same time WCBS-FM New York did, but never returned as Oldies or Classic Hits as in New York. It remains 93.1 Jack FM today.

About 3/4ths of the way through this, Chris Taylor takes over at 10:00 for Gary Reed.