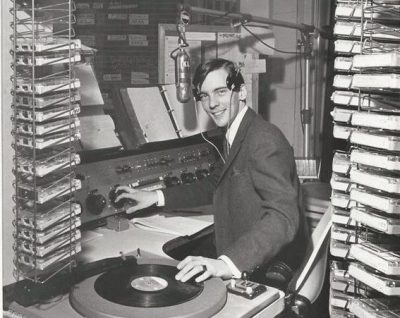 If you have ever watched TV news, you’ve probably heard Charlie Van Dyke’s voice. He is the “voice” of many newscasts & TV stations around the country. He is also the voice of EMF’s K-Love radio network, which is on over 500 radio stations. Before doing TV voiceovers & IDs, he jocked around the country at some legendary stations, including WLS Chicago, WRKO Boston, KHJ Los Angeles, KRTH Los Angeles, and more.  During the late 1960s, Bill Drake brought Van Dyke in at CKLW, where he hosted for morning drive. This 1969 aircheck gives you a glimpse into his early career, as Charlie drove Detroit to work.