The late 70s. The second heyday of WLS in Chicago. By this time, WLS was the number one station in Chicago, even with FM competitors in the Top 40 format. It’s FM station at 94.7 was WDAI, an Album Rock station that had been around since 1971. WLS AM had been known in the early 70s as the “Rock of Chicago”. With that background, WLS was solidly known as the place for Rock music in the market and there wasn’t a station around strong enough to challenge the brand.

While WLS would once again revive the “Rock of Chicago” name in 1979, at the time of this aircheck in 1977, WLS is using the “MusicRadio 89” branding which had proven itself so successful at sister station WABC New York. The jingles at this time are all from JAM Creative Productions in Dallas, Texas, and are all fairly new, introduced on the air earlier in 1976. As was common back then, WLS IS dayparted, with the more middle of the road songs being played during Lujack’s Morning Show and Edwards’ Midday Program. By the time Landecker’s show goes on, this is a blowtorch of a station with the hardest rock & disco music out there, and it’s nighttime, with WLS’ signal reaching out to half the United States and Canada, parts of Mexico and even the Caribbean and other faraway places! Contests are a staple of WLS programming, with constant promotions and on-air giveaways. WLS airs it’s callers, and Landecker of course has ‘Boogie Check’! This is the legacy of the Enormous 89, a station which was larger than life and would get larger as it entered the early 80s! 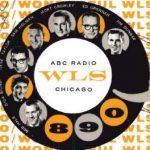 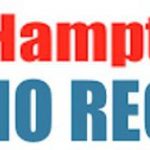