This composite is from 1980 and represents the several months of WPEZ as a Top 40 station prior to it flipping to mainstream AC and finally to oldies as 3WS. It was also the last content played on the station under the top 40 format and led into the final 2 songs of the format: If You Remember Me by Chris Thompson and, Brown Sugar by The Rolling Stones, which was also the first song played on the station when it was launched in the early 70’s by a young guy named BOB PITTMAN!

It was a very cool station ( if I do say so myself) with a killer air staff. John DeBella did mornings, in his first ever morning drive job. Herb Crowe (now Max Morgan at KIIM in Tucson) was production director and a 2 hour Mid-day shift followed by Chip Knight from noon to 4:00. Kelly Randall (now mornings at KXKL Denver) did 4:00pm -8:00pm, Jim Merkel (who went on to do the top rated 3WS morning show for years) did nights and Bill Jeffries did overnights.

It was a very fast paced, community involved station. There is a sequence on this composite from a March of Dimes Walkathon which featured one of the hottest artists of 1980, Rupert Holmes, helping to anchor the all day broadcast. There are also a couple of examples of the station image package produced and voiced by the legendary Bobby Rich. The MD/APD was Mark Fritzges who has been a senior VP at Atlantic Records for the past few decades.

Diane Sutter was the 27 year old GM, who probably should have had her head examined for hiring a 21 year old first time PD named Rob Sisco. The relaunched format lasted less than a year but, the ratings doubled and, we had a blast doing it! 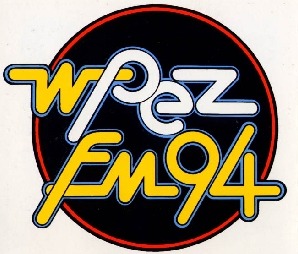