Courtesy of longtime Contributor Robyn Watts, Here’s something from her collection of California Aircheck tapes. Tape #152 includes things from all over America and various formats. Towards the end of side one, this crystal clear recording of the former “Oldies 104.3” WJMK features a Chicago legend – the great Dick Biondi! Most will remember Biondi from AM 89 WLS in the early days of the station’s Top 40 format. Most recently, Biondi was on the current incarnation of Classic Hits 94.7 WLS-FM.

This was recorded during a promotion called the American Bandstand weekend. Lots of mentions of Dick Clark but nothing heard from America’s Oldest Teenager.

The air date of this, we estimate to be sometime in 1993. There are clues in this aircheck for those who are from the Chicagoland area so perhaps someone can pinpoint the date. 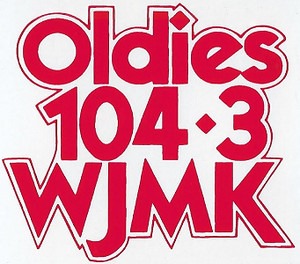