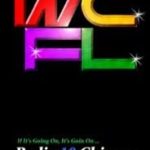 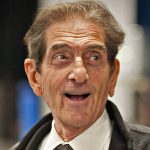 This is a clear, yet somewhat grainy aircheck we received on cassette. It sounds like a second-generation recording, however it’s certainly good enough for listener enjoyment. Some notes here, but not enough to be a spoiler – Biondi sounds a bit out of place… think about his then-recent stint as one of the original WLS Top 40 jocks, and his “On Top of a Pizza” song.. his style of presentation was now out of vogue, replaced by a much tighter format and limited jock talk. Don’t misunderstand that statement – in 1969, limited talk on a tight Top 40 station was far more personality oriented than even the most personality oriented FM stations today.

This includes a full newscast anchored by Howie Roberts. It’s a “3 Day Solid Gold Weekend” on WCFL, meaning they are playing some Oldies mixed in with the current hits. Note the *rare* Elvis record about mid way through.

This is the first of two parts. It came to us un-scoped and at some point, we may be able to post the un-scoped version… this Summer, perhaps.