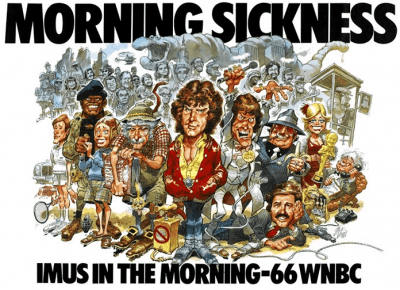 It was at KUTY, in Palmdale, California, where Don Imus began his on-air character Billy Sol Hargus, a radio evangelist named and inspired by preacher Billy James Hargis. The bit became very popular, so popular, that when Imus went to work in Cleveland, he took the character with him. In December 1971, only 3 years into his radio career, Imus got the call to do wake up duty at WNBC New York. His most popular, and longest character was Billy Sol Hargus. In July 1981, Imus released his first book, God’s Other Son, a novel about the life of Billy Sol Hargus that he wrote with on air partner, Charles McCord. This aircheck features Billy Sol Hargus, as he has a special message for those who can not afford cars.