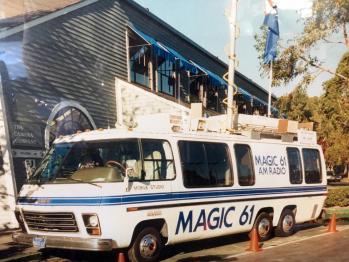 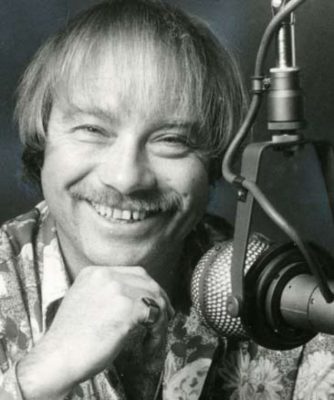 After 20 years as a Top 40 giant, KFRC launches into the Nostalgia format of “Magic 61”. Here’s the very first hour and a half of the re-launched Magic 61. The KFRC call letters after 6am were used ONLY during the top of the hour legal ID… probably to differentiate from the former Top 40 format.

A word about support. Please read!
Each month, we ask for donations to support our online museum. It’s an ongoing request, because only a few ever donate, despite an audience in the thousands every day. Won’t you please help out and chip in? It goes to a worthy cause, helping to keep these classic radio recordings online and free to the user. Airchexx is a user-supported but free historical and educational website that also provides thousands of hours of listening enjoyment every day. You can make a voluntary, monthly contribution below, or look in the sidebar to the right for a link to make a one-time donation to help us defray costs. Thank you.

Comments continued…
The Doctor is doing his best to be himself in a format that no longer really fits what HE does. As Dr. Don would quip, “I feel like I just woke up and it’s twenty years ago!”. Perhaps thirty years would be more like it. DDR is quick to point out, “all eleven phone lines are lit up!!”. And they were. Many callers got to voice their well wishes to Dr. Don, and some even managed to get a jab in at the new format. Most were civil, however. This was 1986. Top 40 was a great run for KFRC, but everybody knew it had to end, eventually.

This show was the beginning of the next era, which, as it turned out, was the final era for KFRC as a live stand-alone AM station. In the 90s, Rock would return to KFRC as the Oldies simulcast with 99.7 began with some of KFRC’s legendary disc jockeys. Then, in 2005, the station was sold to Family Radio. It might not have been the end of the world, but it was the end of KFRC as the world had come to know it. And just to nail it down, 610 AM dropped the KFRC call letters on October 17, 2005, when the station became KEAR, the call letters that had been in use on 106.9 FM.

KFRC-FM gained a legacy of its own, post 610 AM. We’ll let you look up the histories of both 99.7 and 106.9 FM and get the real story of what became of KFRC’s FM station.
And, Dr. Don? After helping KFRC win four Billboard ‘Station of the Year’ awards, and waking up the people of Northern California for two generations, he moved on from KFRC after only 3 months of Magic 61. Don Rose will always be remembered in the hearts and minds of those who heard and knew him. This website reported his passing, March 30, 2005.

There is a KFRC on AM today. 1550 AM is licensed to San Francisco and for a time, aired Scott Shannon’s “True Oldies Channel” fulltime. Now, that station runs a leased-time format aimed at South Asia – and it’s still owned by CBS! KFRC is now completely gone, and it’s safe to say, there will NEVER be another original 610 KFRC.