Courtesy of Contributor Henry Nelson (WHRK, WMC-FM), here’s one of the earliest incarnations that we can find of Oldies 101 WCBS-FM!

Were it not for Bill Gilliam giving the date at the start of the 10pm newscast, we’d have guessed this aircheck to be from 1971 or so.

Modern day programmers would cringe at Ed Williams’ delivery. Talking over the ends of songs, in most breaks, not a mention of the radio station call letters… I’m not sure where Williams went after WCBS-FM, but someone may know. This aircheck is so different from all the other ones of 101.1 that it’s not even worth comparing. If this is the overnight show (and I think this is, but it could be daytime) then the laid-back delivery fits, if not, then Williams was on an FM station going up against Ron Lundy over on WABC, and nobody was going to beat Lundy! Lots of do-wop songs in format, and while it’s cool to hear, certainly way out of place is hearing “If” by Bread, which would have been a recurrent since it was recorded the year before, in 1971.

There’s a lot of bleed through from an earlier recording on this tape, or there was a microphone on in the room… or perhaps interference from another radio station (although this is not likely because its on FM).

Heard toward the end of this recording is a short but full newscast delivered by Bill Gillian. The news starts out with Gillian telling us the date of this recording, and a ‘This Date in History’ segment (a nuclear test explosion). You’ll hear about a total eclipse occurring in NYC and seen around North America this date before the recording runs out. 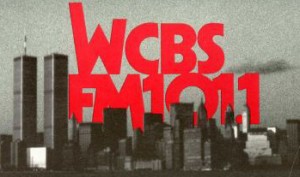