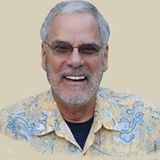 Here’s a real quick aircheck recorded by contributor Julian Porter, who was in Boston around this time period, recording radio in the Boston area. This was tagged on to the tail end of a cassette holding an hour of 94.5 WCOZ during the “New Wave” era at the then-AOR station. And that gives our viewers a clue as to one of the next video airchecks to be created.

As for this one, Frank Kingston Smith was also heard on sister station 68 WRKO during much of the 1970s, and in the 60s as “Bobby Mitchell” While this is short, the highlight of this aircheck must be the “I’d Rather Be In Boston” thematic jingles, which often got requested by listeners more than the music! There are only three, and one promo voiced by then- Afternoon Drive personality Larry Justice (WBZ, WMEX).

View this from our official Airchexx Classic Radio YouTube Channel!