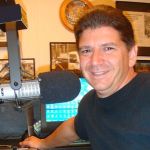 Contributor Paul DiMarco recorded or obtained a TON of New York City airchecks, including a set of master recordings of WNBC that were made in the 660 Studios at Rockefeller Center. Many of these recordings are in AM Stereo, at a time when the station was transmitting in Khan-Hazeltine mode.

In 1985, the FCC had not yet made a decision on which of the four, then available AM Stereo transmission modes to endorse. This was a famous blunder, which was a major hindrance to the acceptance of AM Stereo at a time when it could and would have made a difference. There are reasons why the Commission didn’t endorse until it was far too late. Among them was the government’s “Let the market decide” policy at the time. There is also a now-forgotten policy in the early 1980s of which the FCC was plain about, which was to actively promote FM over the predominantly dominant AM band. Well, AM was dominant when AM Stereo was first available in the disco days of the late 1970s, not so much in the early 1980s, yet the FCC still was unwilling to select an AM Stereo mode and even deferred making a decision to a “later date, when FM has achieved parity” with AM. In retrospect, the FCC’s endorsement was far too late, as receiver manufacturers had been waiting to see if the public had any interest in stereo, and the public lost interest due to lack of many receivers. By 1985, most AM radio stations had seen the writing on the wall, and/or were experiencing declining ratings and revenue, and changed formats away from hit music accordingly.

Enter WNBC New York. One of the last remaining hit music stations in the country by 1985, the station had everything going for it – except the format to itself. Two years earlier, WHTZ Z100 came along out of the ashes of formerly “Beautiful Music” station 100.3 WVNJ Newark, New Jersey and pretty much took the Top 40 (by then, the format was renamed Contemporary Hit Radio in the trades..) format by storm. Z100 has remained the CHR king in NYC ever since.

WNBC, in 1985 was still playing contemporary music, but was a more personality oriented station by this point in time than anyone could have imagined. Gary Bridges was one of a large staff of known personalities, some of whom listeners had grown up with. Personalities such as Don Pardo (the voice of many of WNBC radio and television’s promotions), Soupy Sales, who had been around in the 1950s and on television, Imus, who by this time was already an institution and the whole WNBC news department.

Heard on this aircheck:  Jane Dornacker (WNBC Traffic & Transit), News from Doug O’Brien, tons of commericals, a few WNBC jingles and the talent of Gary Bridges.

Because this is in stereo, I’m providing this in both scoped and unscoped versions. See below:

Click the below player to hear this audio-only aircheck.