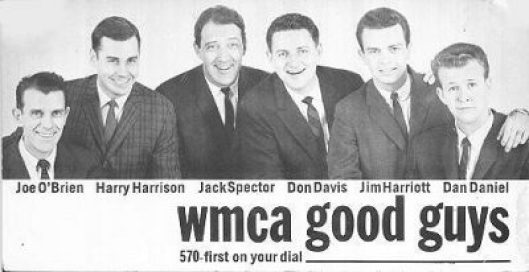 Legendary radio personality Harry Harrison, “The Morning Mayor,” was a familiar voice of the Big Apple airwaves for decades. From 1959 to 2005, he was a warm, friendly voice, that spoke to kids, teenagers, as well as adults. He was first one of the Good Guys on 57 WMCA from 1958 until 1968. He then moved to 77 WABC to wake everyone on the most listened to station in the nation. WABC was his home from 1968 to 1979. just months after WABC let him go, Harry quickly made the jump to 101 WCBS-FM, where he handled wake up duty for the next 23 years. He retired in 2003, but came back CBS-FM to host Saturday mornings, in 2004 through 2005, when he was let go, along with all of the other jocks as CBS-FM flipped to the “Jack” format. This aircheck features Harry on WMCA from March of 1968, months before Harry moved over to WABC..