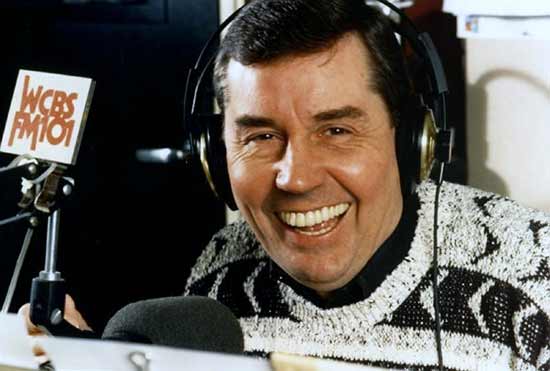 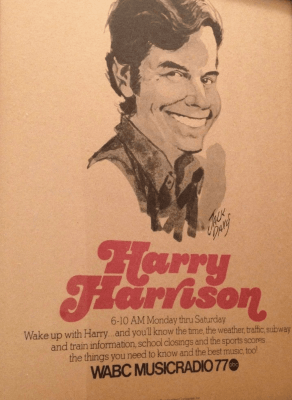 Considered by many to be the greatest morning man in New York City radio history, Harry Harrison passed away on January 28, 2020 at age 89. As the radio industry and fans all around the United States mourn the death of yet another radio great, we thought it would be time to dig out some more audio and pay tribute to New York’s “Morning Mayor.

This tape didn’t hold up very well. It begins at the end of The Beatles’ “Can’t Buy Me Love”, although the original recording begins during a talk break by Harrison just before the start of the Beatles record. I took that part out because honestly, there were so many drop-outs that it was difficult listening. The audio quality for what you do hear is ok. There is some tape rumble which is very noticeable when Harry Harrison talks with no music underneath. There is also a bit of audio distortion that you hear in commercial breaks. This was delivered unscoped. The music portions were removed out of necessity but suffered from distortion anyway.

The date on this might be 1969, but all the jingles and other elements used by WABC during the mid-1970s are there. This aircheck is short. At just 8:38, scoped, much of this is commercials. Lots of live reads by Harry Harrison. Live reads by Harrison, Ron Lundy and Dan Ingram made lots of money for WABC! There are some familiar commercials here, too. Sears, Capitol Records, Texaco and more! And those car commercials!


We’ve read comments on social media by some purists upset by us posting less than perfect audio quality. My opinion on that is this, I think it’s better to be able to hear an old aircheck like this than not ever hear it at all. As we celebrate the life of one of WABC‘s biggest personalities, I think that statement is right on the mark.