Harry Harrison was New York’s “Morning Mayor.” He woke up ridiculously early in the morning for decades to wake New York, and help them start the day, with a positive word, & great music. Born and raised in Chicago, he got his start in radio at the age of 14 after being confined to his bed for a year with rheumatic fever. As a result, radio became his best friend. After spending a few years working on the radio in the midwest, Harrison moved to the Big Apple, where he spent 44 years with 57 WMCA, 77 WABC and 101 WCBS-FM, until his retirement in 2005. He is remembered for a number of phrases, including “Every brand new day should be opened like a precious gift!” In this aircheck, you’ll hear Harry from New Year’s eve, 1975.

This audio was replayed on WABC Rewound in 2007. 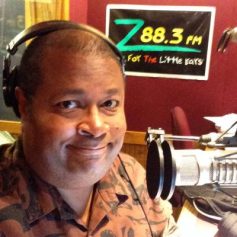