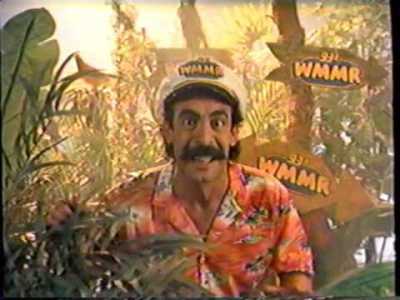 In the early 1980’s, MetroMedia’s 93.3 WMMR 93.3 was Philadelphia Rock powerhouse. WMMR’s morning show host John DeBella and The Morning Zoo was one of the most popular radio shows in town. DeBella, along with Mark “The Shark” Drucker, played goofy songs, made fun of things around Philly, & hosted the “DeBella DeBall” every year. The show was ratings gold, until 1986 when Infinity Radio decided to take the Howard Stern Show from WXRK New York, and rebroadcast the show in Philly on 94 WYSP. The radio battle between DeBella & Stern turned into one of the nastiest radio battles ever. Once he was on WYSP, Stern wasted no time in launching an all-out assault on DeBella, whom he would mockingly refer to as “Baldy” or “The Zookeeper.” Stern’s no-holds-barred guerrilla war on his rival included encouraging his listeners to harass DeBella whenever they encountered him in public, as well as a nonstop barrage of insults about DeBella’s professional and personal lives.It all lead up to a mock funeral Stern held for DeBella, right outside the WMMR studios, after he topped the Philadelphia radio ratings in 1990. This 1983 aircheck is from a happier time for DeBella, when he was the king of Philly morning radio. -Ellis