One might argue that “The Eagle” was a station ahead of it’s time. Of course, it really wasn’t, but perhaps Bostonians weren’t quite ready for this genuine dose of 70s & 80s, graciously delivered by one of Boston’s legendary FM jocks, JoJo Kincaid.

JoJo made a huge name for himself two decades earlier, at the old 105.7 WVBF in it’s “F105” incarnation, then reinforced his reputation as one of Boston’s premiere personality CHR jocks on WXKS-FM “Kiss-108”.

This aircheck was recorded by me at work when I was doing some temp work in Marlboro, MA. Both sides were recorded on the same day, although after the tape ran out on side one, there is a gap of a few minutes before I got around to flipping the tape and recording side two – which is why you’ll hear a point in this scope where it goes from David Bowie’s “Changes” to ELO’s “Don’t Bring Me Down”.

WEGQ Was owned at the time by American Radio Systems, Inc. It was launched in 1994 as a 1970s Classic Hits station, out of what was WCGY (owned by sportscaster Curt Gowdy), a longtime fixture in Lawrence on 93.7 and known for many years in the 70s and early 80s as “The Rock Garden”. At the time of this aircheck, the station was a year and a few months away from flipping to Rhythmic Oldies as WQSX “Star 93-7”. It is today a simulcast of SportsRadio 850 with the call letters WEEI-FM

Don’t be fooled by the date. There may be a lot of commercials, and this might be a form of an “Oldies” station in 1998 – but this is most certainly a station I’D LISTEN TO today! And as I remember it, JoJo Kincaid’s personality literally MADE this radio station worth listening to. Perhaps you think so as well. 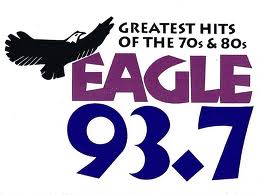 You can also hear JoJo Kincaid here at Airchexx: