We re-post this today on the occasion of Larry Lujack’s passing on December 18, 2013 after a lengthy battle with cancer. You can read his obituary from the Chicago Tribune online Newspaper HERE, or the ABC 7 story HERE

Perhaps one of the greatest jocks to ever come out of the AM Top 40 era, Here’s a pristine aircheck of the late Larry Lujack which sounds very much like it came right out of the studio skimmer.

Discovered in this box of cassettes which the donor asked to be called annonymous several years ago, this is a great look at Mr. Lujack’s morning show in 1970. Includes a few commercials and “The Jeffrey Hendricks Report” from WLS News! Hearing Hendricks and that delivery style – WOW! That was news! 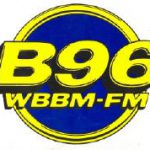