Courtesy of Big Apple Airchecks, we head back to 1985. WLS was celebrating its 25th anniversary as “The Rock of Chicago”. Part of that celebration involved plenty of reunions.

…I’ve been known as the comma between Lujack appearances.

This particular morning, Larry Lujack is joined by former morning man Charlie Van Dyke, who was there in between gigs at 93 KHJ in Los Angeles.

Perhaps in a different world, these two men would have been competitors in the same market. In fact, indirectly, they were for a time. Van Dyke did mornings on WLS when Lujack left to do afternoons on WCFL. This particular day, they reunite on air with a sometimes irreverent, funny and compelling show!

Were it not for Chicago’s infamously cold Winters, could these two have made a powerful morning team? That’s for the “What If?” department. 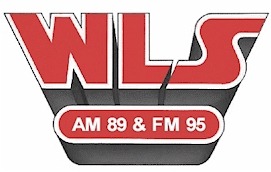