Over two decades ago, your founder was perusing the pages of the Boston Radio Archives online and read about an unique radio program where the participants gathered for an hour to talk about… radio. Almost like the newspaper radio listings of long ago, this was a radio program that highlighted the careers of some guests and behind the scenes happenings in the industry.

Since the mid-2000s, the website known as the Boston Radio Archives has mostly lay dormant. It’s online for those who wish to learn the detailed history of Boston and Greater New England radio stations (and we hope will remain so), but its been several years since any updates. But back in the late 1990s, this was the go-to site for information on radio in and around Boston. This is important, because at the time, there was also a newsletter email that subscribers received, which gave updates and also information on the program, Lets Talk About Radio. The guy mostly responsible for writing all the articles about the show and many of the histories of the stations listed on the above website is Scott Fybush. At the time, Fybush was at WBZ NewsRadio 1030. He has long since moved to Rochester NY and his own website, fybush.com continues the work started at the Boston Radio Archives, albeit with a different focus mainly on the industry as a whole.

Apparently, Lets Talk About Radio has been an occasional program in recent years on WJIB 740, WJTO in Bath Maine and a couple of other stations that Bittner owns. WJIB has been on the air as a tribute to the old Beautiful Music station on FM, (96.) WJIB-FM 97 that disappeared some 30 years ago. Bittner owns the music library used by WJIB-FM and obtained the call letters 25 years ago.

While I could write more about WJIB and the program LTAR from memory, it would be more accurate to send our visitors to the WJIB 740 station website.  The last mention I can find on the web about this program is from 2017.  So, its possible that the program is no longer being produced.

Bob Bittner and Scott Fybush welcome guest Norm Nathan as they discuss Nathan’s career and the radio stations he worked at going back to the 1950s. Its interesting to note that Nathan was on nearly every significant AM station in Boston over the years, and at the time of this broadcast was winding down his broadcast career.  This is part one of two parts.  Runs 30 minutes. 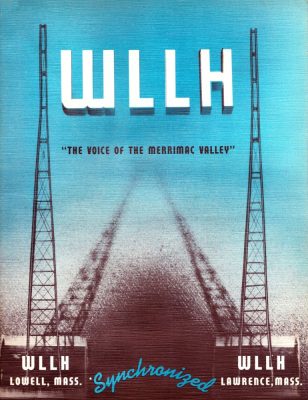