This begins at the tail end of a newscast, the announcer doesn’t give his name. Then its right into music on the Peter Ross show!

Here are the things to notice on this aircheck:

Dick Robinson, who was HUGE on WDRC, voicing a Railroad Salvage spot. Robinson is the founder of the “Connecticut School of Broadcasting”.

A somewhat racy promotion on DRC, called Hanky-Panky, starts the following Monday. Might be useful in pinning down the exact date of this aircheck.

This is heard on 102.9 FM! And, its BILLED as the FM station! This proves that WDRC 1360 and WDRC-FM were programmed essentially the same (Top 40) but had separate air staffs and programming. Remember, this was recorded in 1972! Its possible that part of the day was simulcast. Indeed, when I started listening in 1979 or so, the Brad Davis morning show was simulcast on AM and FM, then the FM broke away for it’s own programming after 10 AM.

This recording came to us on cassette, and the way the source tape was recorded, the left track was intact, the right track was only tape rumble. The rumble was apparent on the left track as well. In performing noise reduction, the tape rumble was so loud and so apparent everywhere on this recording that I ended up with digital artifacts of the tape noise, and that, even at reduction at 50% instead of higher levels otherwise the whole recording began to take on an ‘artificial’ sound. So, this is it, for now.

Aircheck #1,308 since May 2, 2002!
Recorded by Henry Frick of Greenwich, Connecticut
Sent in by Contributor Steve Bleecker 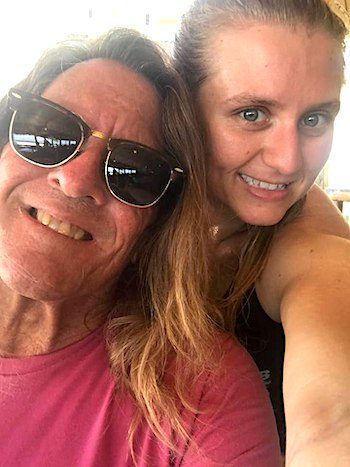 Alton Irwin had an interest in radio from a very young age, as you'll hear Russ DiBello tell us. He ...