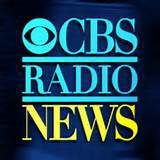 The importance of history can never be over-stated. Nor can or should it be forgotten.

President Richard Millhous Nixon resigned on August 9, 1974. This CBS report aired after leaks from White House sources to the network revealed the 37th president’s intentions to resign in the face of almost certain impeachment over the Watergate scandal, in a speech from the Oval Office the previous evening carried live on national Television and Radio.

Nixon was given an unconditional pardon from President Ford on September 8, 1974.

The facts and circumstances surrounding President Nixon’s resignation are readily available from sources around the web, so we won’t go into it in great detail. What is important is documenting the audio from media sources. This website will endeavor to branch out in that direction as time goes on, in documenting history through audio sources recorded as they were originally broadcast.

This aircheck is courtesy of Contributor Steve Tefft.