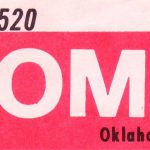 At three minutes in length, you won’t hear any commercials, but you will hear a lot of Chuck Diamond. He calls himself Oklahoma City’s original Chucker, but this isn’t the same “Chucker” heard in Scott Lowe’s special elsewhere on this site.

KOMA was another one of those clear channel stations, with a protected 750 mile nighttime signal contour, which meant that nearly all of the western United States could pick it up after dark. A great western Top 40 station, KOMA continued playing music until just a few years ago, when it flipped from it’s then Oldies format to News. I’m not sure when they dropped Top 40 for Oldies, but I’m thinking it was the early 90s. The call letters and Oldies format moved to FM the day of the switch to News. 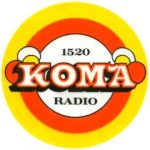