Over the years, it’s been increasingly difficult to obtain recordings of the old Top 40 station that preceded WAQY‘s Classic Rock format. Known as “Wacky 102”, the station was known for its personalities and (at least for a time), it’s automated Top 40 format.

We’ve held on to this aircheck for about 3 years now, as it waited its turn to get posted. Hey, we’re pretty backlogged!

While this only came in labelled 1979, I’ve at least narrowed it down to the month of December, based upon two things: A comment from Rick Kelly saying, “Enjoy your Christmas Shopping”, and the current music being played. Many of the hits on the air on this aircheck were big songs of 1980, so it’s obvious this is from the end of the year.

This starts out with Rick Kelly, who is the founder of northeastairchecks.com. More about his website later. Rick is FUNNY! Or, maybe he’s just punchy. After all, he mentions that he’s doing a 12 hour shift this particular day, and Gary Hamilton’s car broke down. Wow. Remember being on the air for 12 hours? I think anyone who started in radio, pre-PC automation, probably got stuck with one of those! The second part of this aircheck is Glenn “FM” Stevens… who wasn’t using “FM” as part of his air name here. Perhaps he started doing that later.

Wacky 102’s on-air slogan here is just “Springfield’s Best”. Best what, Best music? Best Rock? I guess it’s left up to the listener to figure that out. Overall, this is a FANTASTIC aircheck that I think all of our visitors will enjoy!

This arrived in high-bitrate mp3 form from contributor Paul DiMarco. Paul has all the master tapes which he lovingly restores when he has time. This tape is in excellent condition and sounded as if it came right from the WAQY studio aircheck skimmer. One can tell, by the pops and clicks on the tape from when the microphone was turned on and off. I tightened this up slightly to remove as much of the pops – the seams, as it were, from this as possible to make it a bit better listening experience. You’ll notice in a few places when the jock is talking without music underneath him that there seems to be a bit of bleed-over from either a former recording, or the other side of the tape. Other than that, this is a nice, clear stereo recording that sounds as fresh as it did in 1979.

While it apparently hasn’t been updated since around 2010, Rick Kelly’s Northeast Airchecks is still online.  It’s mainly a site with a few dozen airchecks from around the New England region.  You should go check it out and then send Rick an email.  Tell him Steve West sent you! 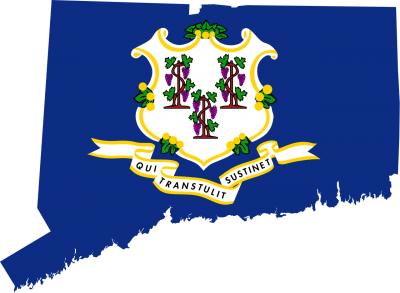