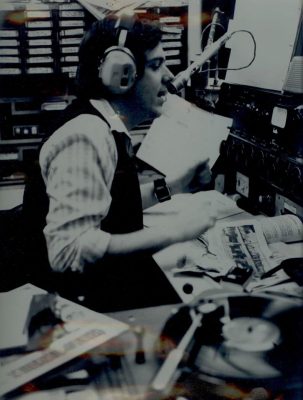 What if Mike Joseph, the architect of the Hot Hits format, tried to compete against his own station?

In Philadelphia, we didn’t have to wonder. We heard it first hand. WCAU-FM was the leading CHR station in 1986, leaving the #2 Top 40 station,  Z106 WZGO, way behind in the dust. Cox Radio, owner of Z106, decided things had to change. So they brought Mike Joseph in to help WZGO beat WCAU-FM, the station he launched 5 years earlier with the Hot Hits format. He transformed the station into WTRK Electric 106. The “Electric” format had many of the same elements of Hot Hits, as well featuring a very tight playlist of only current hit songs & high energy DJs, but Electric 106 didn’t seem to fit together as well as Hot Hits. It almost felt like it was trying to hard to be slick. New songs were called “Electric Chargers.” The jocks sat in the “Electric Chair.” Unlike Hot Hits, Electric 106 was a flop, and ratings and revenues did not improve. The station’s continued poor performance was a source of embarrassment for Cox Radio, who sold the station to Malrite Communications. Malrite immediately ditched the Electric branding, and changed the station to Eagle 106, WEGX, and the station finally rebounded.