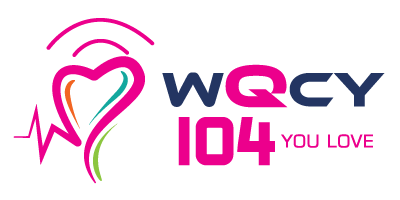 The All-Request Lunch on this psudeo-Monday…

It’s not that the jock doesn’t say his name. He does. Once. It’s because he says it so fast we can’t make it out! I THINK he says ‘Crate’, which to my mind is a possibility, because I worked with someone whose air name was Crate, at 92.9 WMFS Memphis, the old Alternative Rock station there. Other than that, I really can’t make it out.

What else is notable about this, besides it being a more recent aircheck? Well, for one thing, the branding doesn’t quite match up. On the tape, WQCY is branded “Q103”, but today, it’s branded “Q104”. Same format, same frequency and call letters. Okay, 104 is closer to 103.9 than 103 is, but if you want your listeners to find you, shouldn’t you at least mention the major frequency if you’re going to use a Q monniker? Just sayin’.

The morning show is listed today as Bob & Sheri, just as the many promos for it on this recording. It seems most of this station and it’s format has survived intact since 2002, and “Semi-Charmed Life” is STILL the safest gold rotation song in the CHR format!