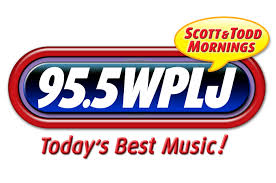 There was a time when WPLJ was still playing Album Rock and a sleepy Beautiful Music station at 100.3 brought the airwaves of New York alive. Z-100 was born out of the creativity that Scott Shannon brought to New York, and ever since that day in 1983, he never stopped to smell the roses. After WHTZ, of course, Shannon went to 95.5 WPLJ, and the rest is history.

Michael Scott Shannon, a personaltiy, program director, consultant, format creator and the voice of commercials and even radio shows like Sean Hannity, ‘retired’ from a 22 year gig as part of the Scott & Todd morning show on WPLJ. Most will remember his entrance into the ABC building all those years ago that seem like just yesterday, when WPLJ was turned into “MOJO Radio” in an effort to turn up the heat against his old CHR station. Over the years, WPLJ went from straight-ahead mainstream CHR, to Rhythmic, to 70s AC to HotAC to Adult AC… It’s about as close to CHR without leaving the “Adult” fold as a radio station can get these days.

Scott Shannon’s retirement comes at a time of great turmoil in the radio business, but even with his departure from a long running local morning show, Shannon will still be in radio. His signature “True Oldies Channel” is still chugging along, and his voiceover career is still hot. We wish nothing but the best to Scott Shannon, and his former partner, Todd Pettingill who continues on the WPLJ Morning Show solo… for now.

And WPLJ continues and will take on a new legacy, the form of which is yet unknown, but with a very rich history from the years before its contemporary music days, as an album Rocker and before that as the FM to the legendary Top 40 WABC… we know there’s still another chapter still to be written about 95.5 FM!

This aircheck covers the second half of the program, from about 8:40 till 10 am. Listen to the phone calls, the people he worked with over the years and the stories… which undoubtedly only scratch the surface of all that happened over the years. As someone who talked about it on social media exclaimed, “Scott Shannon forgot more about radio than I ever learned!”. Listen now, and hear another legend go out in style!