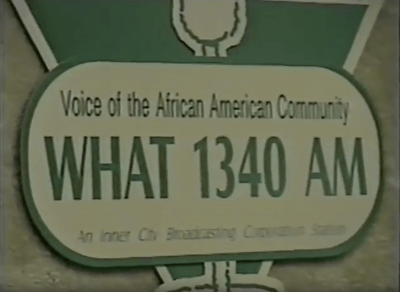 Philadelphia’s 1340 WHAT was known for innovation. According to The Philadelphia Inquirer, “WHAT became the first U.S. radio station to hire a full-time black announcer in 1945, the first to program a regular show featuring a black woman as hostess and the first station in the city to hire black newscasters. It also was the first in the nation to feature a black as host of a daily talk show.”

Sonny Hopson went by “The Mighty Burner” on WHAT from 1965 to 1986.  Sonny Hopson blasted through the airwaves like a like hurricane, with his fast talking style, and his on air sayings like… “Make no mistake-ah, Jake-ah,” or “La-ti da-ti everybody.” -Ellis