The former WDBN is showcased in this short scope of the then reasonably new AC format known as “Mix 95”. The station does have liners indicating that they are on 94.9, although interestingly enough, they don’t seem interested in calling themselves by their proper frequency. Listeners apparently had no problem finding the station on the FM dial, however.

Steve Terry opens this with the first break, then hands things off to Gary Joseph, whose filling this particular day. The station apparently played a good mix of new music and recurrents, but since we don’t have another recording from which to compare, we’ll just go with mainstream AC.

Remember, this is 1989 and many of the 80s’ biggest CHRs are blowing out the format in favor of AC. This was the trend in ’89 and “Mix” was one of the format monnikers used quite often. You’ll notice that WQMX today is a Country station serving the Akron area. 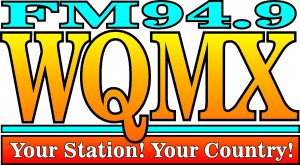