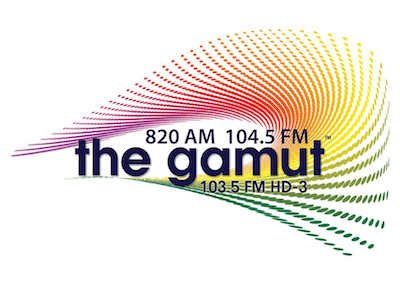 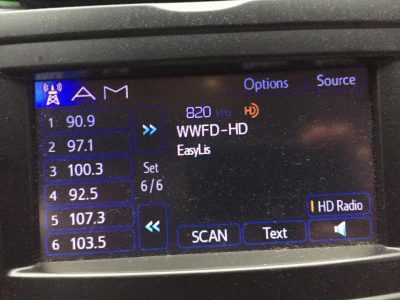 New Contributor Dave Kolesar sent in a few hour’s worth of audio from all-digital 820 WWFD Frederick. As a point of reference as to what this station is and where it came from, here are a few links.

Back on April 5, 2019, I received WWFD’s All-Digital signal at the Airchexx Listening Post. More precisely, the K1FRC HD receiver on an end-fed Longwire antenna. The next day, I emailed WWFD a detailed reception report via a link on it’s website. Here’s an excerpt of the reply I soon received back:

It is quite amazing to me that you are able to receive the station in Connecticut while on night pattern, as I believe that during the station’s analog days, I have only answered one nighttime skywave reception report in the 12+ years I have been its transmitter engineer. The fact that you can lock onto the digital signal at all when we are at 460 watts, with bleedover from WGY’s (810) hybrid HD signal stepping on us, is a demonstration of how well the system can work.

The writer, Dave Kolesar, is the Chief Engineer for Hubbard’s Washington DC cluster, including 820. He is also the Program Director for WWFD and “The Gamut” format. Dave shared some of his thoughts about the format and the station

I share your concerns about AM radio in general, and as the caretaker of three AM’s in the DC market (1500, 1050, and 820), would love to see all-digital AM succeed. In our listening area, 22% of cars on the road now are capable of hearing a digital AM signal. As a program director of a music station on AM, I’d rather take my chances with that 22% than the 100% who could receive it in analog but would likely refuse to listen because of the noise and poor sound quality plaguing the band. Whether it’s too late is an open question, but we have to try. (We likely would not have been able to try all-digital before WWFD acquired an FM translator in 2017.)


Considering the music-intensive nature of the format and lack of much imaging, I decided to post a very short aircheck of the station. But, the listener needs to understand while listening. First, while this format runs on three signals and the internet, THIS RECORDING was recorded off air from an HD Radio set to the AM signal on 820. It, in my opinion, blows away anything that you will ever hear on AM. Know that the all-digital signal travels further with less power and is easily decoded by HD receivers already on the market. That includes models that were sold since the IBOC digital mode was first authorized by the FCC.