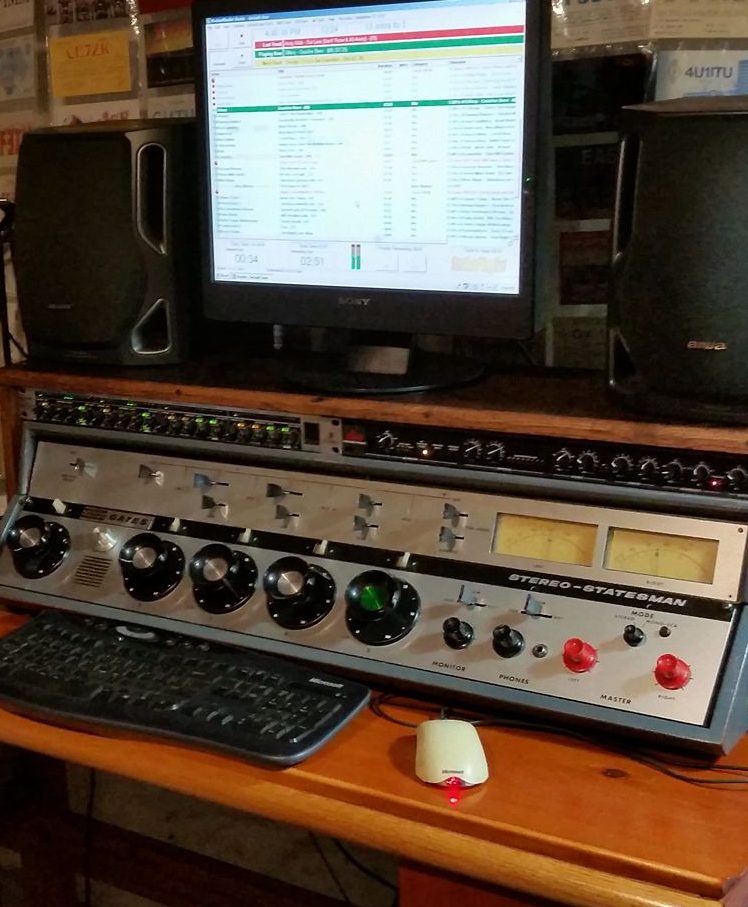 What follows is three hours of on air lunacy, brought to you by the original inventors of radio lunacy!

Here is an Airchexx.com WORLD EXCLUSIVE!

Seriously, you put nearly 30 of Eastern America’s finest radio personalities (all but ONE is now out of radio, if that tells you anything) in one place, and then give them a microphone, I guarantee they put every other radio station to shame.

This is, without a doubt, the best, funniest broadcast done since the Doc & McKeever morning show in 1996! Better than Howard Stern, close to the pinnacle of all radio spoofs, NINE! (as it should, since one of it’s creators graced our microphone!), this is the perfect, WORLD PREMIERE aircheck that not only nobody in the trading world or youtube or anywhere else has. Well, except for us participants!

Bragging aside, we had real fun here. This was a real BBQ, lots of burgers, chicken and the like. Radio guys from all over travelled, some for many hours, to get to Fairfield County, Connecticut and gather to swap war stories, memories and family fun. For me, your curator, this was THE radio highlight of the year, if not the last three.

A quick look at the event itself. Bob Gilmore was the host. In his backyard. In his basement, he built – special for the event – a custom retro studio, complete with an old, restored “Stereo Statesman” rotary post board and a replica RCA mic just for the occasion. The music was all on hard drive (naturally! Who has room for 3,000 CD’s?), and all of us got our turn doing a few breaks. A word about the broadcast. “Technically”, it was 60s, 70s and 80s music on Paul DiMarco’s “Totally 70s Radio Network” internet station, BUT, it was billed as “The Radio BBQ” complete with promos that ran beforehand on WRMI International Shortwave. The show indeed, went live for a 7-10 pm broadcast that was a big success. We heard ourselves on the shortwave frequency up here in Connecticut quite clearly, with some fading as you do get on shortwave frequencies.

Ironically, as we did our broadcast from Connecticut, Hurricane Irma was barreling towards the WRMI transmitter site. Had the storm not gone over land in Cuba, we’d probably not have broadcast. In the end, the station, just 12 hours later, was indeed blown off the air. Damage reports at this time are pretty bad, with the station having lost at least two of it’s main antennas when their towers went down, transmission lines (which apparently go many miles across the swamp to get from the studio and power sources to the TX) didn’t hold up and there is flooding damage at the studio. WE were lucky to have our great broadcast, but the WRMI folks weren’t so lucky. We hope they recover soon.

As a final note, I don’t have a completely accurate list of who was here, since there literally were so many pros at this party I couldn’t keep track of them all. As names come to me, I’ll add them to the tags and notes.

As for this? Part Two of the Radio BBQ will post soon!