Advertisement
Follow us on Social Media
twitterfacebookyoutube
Courtesy of Big Apple Airchecks! For the finest in aircheck trading, be sure to go to //bigappleairchecks.com!

Recorded with a small table mic in front of a radio speaker, this may not sound broadcast quality, but fans of the last great AM Top 40 station in L.A. will immediately recognize a friendly voice who was seemingly beloved by all… The Real Don Steele!

As usual, there are some quite knowledgeable visitors out there who know lots more than I about the history of KTNQ. Ten-Q’s main competitors in the late 70s were KHJ and KFI, both on the AM dial.

Listen to the excitement on this tape! The callers are seemingly in a frenzy, all for winning “WAM!”… Walking around Money. Listen as Steele gives away a hundred dollars on the air a few times. The aircheck is tightly scoped, or perhaps I’d say, CHOPPED. But the mastering makes this sound as good as what you hear, because straight off the tape, the recording is difficult to listen to. Hopefully, your ears won’t bleed trying to enjoy this ear candy. 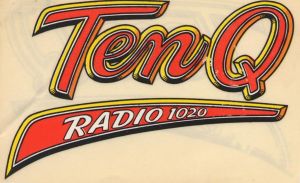