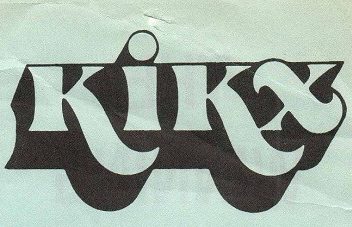 One market we have not spent much time focusing on is Tucson. This post begins a short series highlighting some of the best radio of this Arizona market.

“He (Tommy Wright) did a LOT of radio in PHX and also worked for Buck Owens in Bakersfield at KUZZ, worked at some really big stations, also programmed KHOS in Tucson”

Along with Tommy Wright, toward the end of this aircheck is a full newscast anchored by Lyle Dean. Dean was, at that time, hosting ABC Contemporary Network News while at WLS Chicago.

This recording arrived in pretty bad shape. While the recording was of a mono AM station, it was digitized in stereo. That’s not surprising, since modern digital recordings default to 128k 44.1 Stereo as a general rule. The right track of this was terribly muffled and contained a rather loud 60 HZ AC power hum. Thats usually caused when there’s a grounding issue in the source recording. The left side was usable. The amount of 60 HZ noise was much lower and the recording pretty clear. I had to wipe out the right track, copy the left track over to the right, eliminate the power noise and a bit of white noise reduction… and you have a pretty decent recording of KIKX! Between creating a clean master copy and the YouTube video, this took several hours to accomplish for 18 minutes worth of audio. And it’s so good, this was totally worth it!