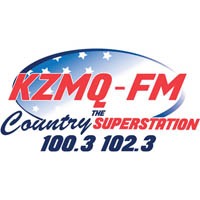 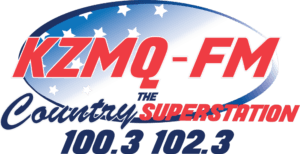 KZMQ was an Adult CHR station with the “Mix” branding back in 1999. Here is a rather unexciting aircheck.  About halfway through, it goes into KZMQ’s normal more music format.  From original Facebook comments, this was the night show.

From my trained ear, it sounds like KZMQ was at least partly automated. Live-assist. Unless one has some experience with early PC automation systems it would be difficult to tell. Telltale signs, at least to me, the commercial stop-sets end with about a half-second pause before the station jingle/imaging play. Now, what used to happen with many systems in the beginning, is that the commercial content and station music & jingles would be in different rotations… or, ‘rotators’. Meaning, the commercial log might be on a different hard drive than the music and other elements. What would happen is, as the computer sensed the end of a commercial rotation, it would go into a different log playing from a different source. In the early days of PC based automation systems, there would be a very noticeable pause between the two. One has to remember, in 1999, stations ran DOS-based software because anything Windows was slow and clunky on machines which were relatively starved for system memory. And some systems were run on Linux… which while itself was in its infancy, was based on Unix. Manufacturing and Machine based computing.

Don’t ask me how I know all this. Worked with most of the early systems. And then Maestro came along and wow what a difference!

Right off the bat, the first song introduced in this aircheck is wrong. At least the intro is. So, from Christmas, to Bing Crosby to Buck Owens and then to Donovan. KNAB seems to be trying to be all things for all tastes.


Most stations by the late 90s were live and running CDs played out of Denon CD cart machines. Some were in the process of upgrading their plants to the newest PC based systems as I believe KZMQ was.

Of course, all this is speculation. It’s possible that someone will read this who was there and let us know firsthand.