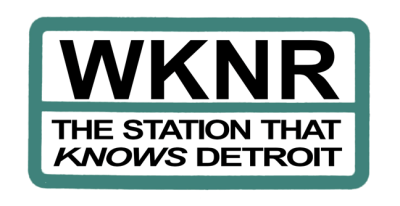 First, a word about accuracy. The file that was mastered back in 2003 is labelled “Dick Biondi” WKNR 03 1964. There is no evidence that I can find that Biondi was a member of the WKNR airstaff and while the announcer on this aircheck does somewhat sound a little like Biondi, I doubt that this is the case. Therefore, I’ve removed reference to him for this presentation. The YouTube video has his picture and because of the time involved with remixing it, I’ve decided to leave it as is.

As I mentioned, this was mastered back in the early days of this website. It was, however, never posted and I cannot find information on who was the contributor. When that information is located, I’ll update this post to give proper credit to the individual who sent it in.

The original master copy of this is a decent quality recording. Certainly not “HD” quality, as the master cassette was somewhat worn and the audio not as crisp as it could be. That is to be expected with a recording of this age. Some light processing was done to make this easier to listen to. Notice the reverb used in the air-chain at WKNR. This really is a crude, early attempt at station reverb. I don’t quite understand all the methods used to generate reverb in station air chains in 1964. I do know that WABC New York used a different reverb sound, and a lot more of it. WKNR here uses just enough to enhance the air quality. While I generally enjoy station reverb, this has sort of a “slap back” effect to it. I found it a bit annoying and distracting from the overall program.

The jock never mentions his name. That’s a bit irritating by itself. I’m sure that the audience probably wanted to know who they were listening to. Perhaps, if he mentioned his name a couple of times per show, longtime listeners would know. Hey, I knew consultants who used to tell jocks NOT to mention their names because its not important to the audience. Go figure!

The topic of this jock’s show is not the music, but rather, the fact that the phone company has told the station that it can only use ONE listener line. Apparently, the station blew out one of the lines and the utility decided it can’t have the station tying up those resources. In today’s virtual world, any number of ‘lines’ can be used by stations for on-air use, but in 1964, this was a big deal! “Luzon 24481” is the only number being given out. Remember, back before there were area codes?!