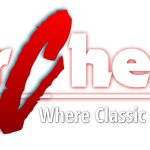 Over 40 years ago, little R&B station WAPX made national headlines when a group of Muslim terrorists took over the station, tried to incite a Muslim uprising and then had a shootout with police. October 12, 1974, to be precise. You can read all about that right here.

One of the men who was taken hostage in that uprising so long ago, was Al Dixon. “Ugly Al” as he called himself on the air, had a very entertaining show! From several months after that incident, here’s Mr. Dixon himself on the morning show! I think you’ll find yourself laughing at Dixon’s one liners as I did while editing this for presentation. Notice the very liberal use of echo on many of the commercials and promos on WAPX. It seems more than a bit excessive, however, many smaller AM stations around the country during the 60s and 70s often used that technique, thinking that more effects was going to translate into more listeners. Or, there was no consultant around to tell the station otherwise. Somebody knows why, and we leave it, as always, to our site visitors to explain the tiny nuances of this aircheck for history’s sake.

According to the Get On Down blog, the author says that Ugly Al became a minister in the 1980s. He also founded the Montgomery-Tuskeegee Times Newspaper.

Aside from the news item mentioned at the top of this page, very little is known about this radio station, and rather than make any assumptions which I might be wrong about, I leave this slice of R&B Radio History to our listeners to enjoy and comment upon.