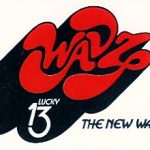 …Right here where the miracles are performed…

This was donated way back in 2003, when the site was only just over a year old! Bob Terry sounds very much like Frank Terry who worked at KFRC San Francisco around the same general time frame. There’s no information available on either Bob Terry or Frank terry in any of our usual research places, so if anyone can confirm yes or no, we’d sure appreciate it. WAVZ was using PAMS jingles in 1967 and if one flipped from WABC to WAVZ during this time period, they would hear the same jingles but with different call letters.

This is going to sound good, except that the jingles are SLOWER than anyone remembers, which means the whole recording played back a bit off-speed. Since there’s very little music and Bob Terry’s voice seems to be about right, that leaves one wondering if they simply dubbed the PAMS cuts at a different speed? Probably not, but I’m sure someone out there knows and can correct me on this. 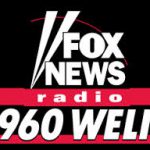