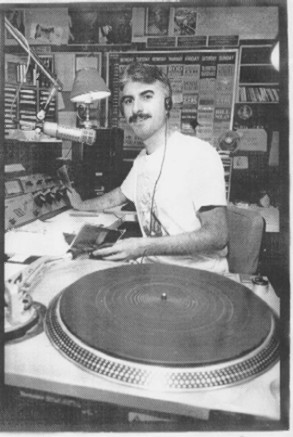 Every now and then, an aircheck comes along that really reminds me of what community full service radio really was in the 70s. Cliff “Rockin'” Kenyon, filling in this day for Randy West, is trying his best to be a big city sounding jock (and who wouldn’t, only 40 minutes from New York City), and in fact he was really SMOKIN’ at hist gig at nearby New Haven WAVZ (see the comments section of WAVZ New Haven, July 1974 where much of the 70s airstaff are sharing memories) as Willie B. Goode.

What, perhaps sets this Bicentennial Summer WFIF (The “Sound of America”) apart from most stations featured on this website is the close resemblance to many small town, community AM stations I remember from my youth. Full service elements such as (in this case) Mutual network news, a local news department, spots for lots of local businesses in and around the southern Rt. 8 corridor (New Haven County, CT), and LOTS of PSA’s! The music on WFIF is all over the place, some bubblegum pop, some early disco hits, some country (I tightly scoped this but you can make out some of the obscure songs you probably haven’t heard in 20 years). Frankly, given the studio equipment described (see the link above), the PD and staff did a great job of putting out a quality product with limited resources. And that’s the one thing that so many small AM stations had in common back in the 70s… aging equipment, old studios, old transmitters, almost no processing and a shoestring budget. But at least they were fully staffed by extremely talented people. Wasn’t that what made radio magical?

I have to add that WFIF was NOT typical smaller market AM radio in two areas: 1. While Milford CT isn’t a huge city (although today, Post Road, U.S. 1 has a huge commercial stretch), its a suburb of much larger New Haven, so it can be considered metro. Also, despite it’s relatively small signal, the format was top 40 in the truest sense in that everything that was a hit at the time got played, not just the power songs. Most small-signal, full-service type stations I remember played either ‘chicken rock’ or had some kind of lazy, haphazard format that included a lot of oldies and even standards mixed in with currents. So, WFIF is very unique, in your webmaster’s opinion. Remember, this part of Connecticut is within the signal contours of just about all NYC AM’s, so the station pretty much had to sound great in order to keep an audience.

This is a gift from Andy Bologovsky, who was a big fan of WFIF. This particular aircheck is presented to the 70s WAVZ staff, many of whom worked here before the step up to Kopps-Monahan a few miles down the road.