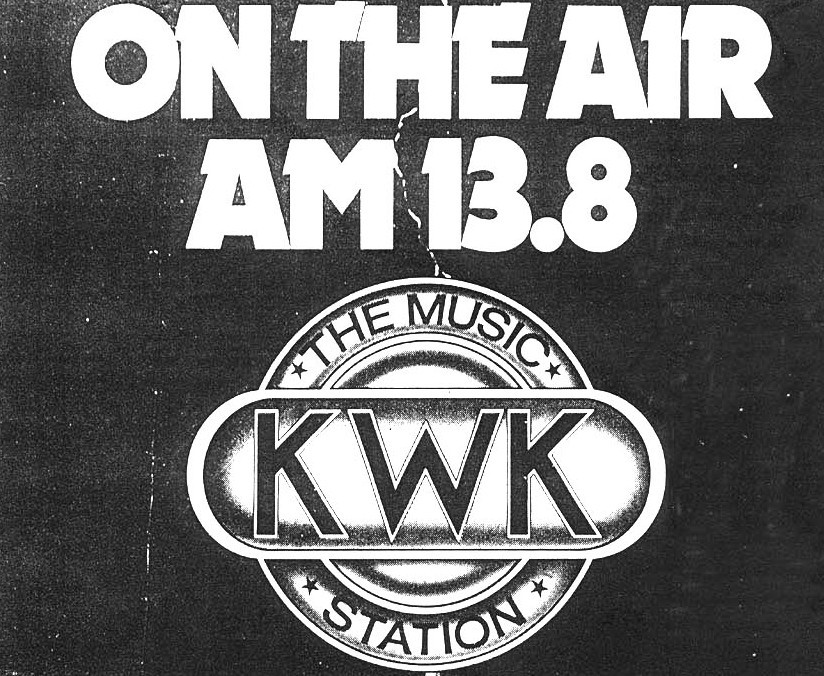 1979 was the last year that AM stations thrived on music formats. Especially Top 40. Here’s a station that obviously knew that FM was going to be king and tried to market itself accordingly. It’s on-air monniker at the time was “KWK 13 Point 8 on AM”, obviously trying to sound like it had an FM frequency.

Contributor Bob Buchhauer describes this station at the time he recorded it:

Doubleday Broadcasting won 1380AM out of receivership after the previous KWK owners lost their license several years earlier for staging a bogus treasure hunt where the prize was never hidden. This air check was prior to Doubleday purchasing WGNU-FM. You’ll hear Bruce Vidal who later moved up to Los Angeles and KIIS, “KISS FM”. Dick Ervasti (Dick Hughes) does midmornings. Dick was the voiceover talent for Fox’s NFL Sunday pre-game for many years. You’ll recognize his pipes. Chuck Geiger and Larry Moffitt too. Bob Hattrick, national P.D. does the voiceovers, “Cash just for listening”.

After this time period, especially after the mid-80s when FM took over, 1380 AM held SEVEN different sets of call-letters, including one set of calls it held TWICE. KWK, KGLD, KSAP, WKBQ (2 different times), KRAM, KKWK and KZJZ. Today, 1380 is KSLG, an All-Sports station known as “The Team”. 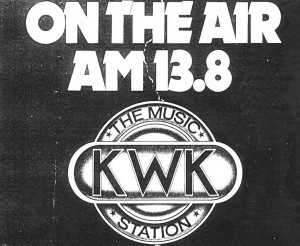